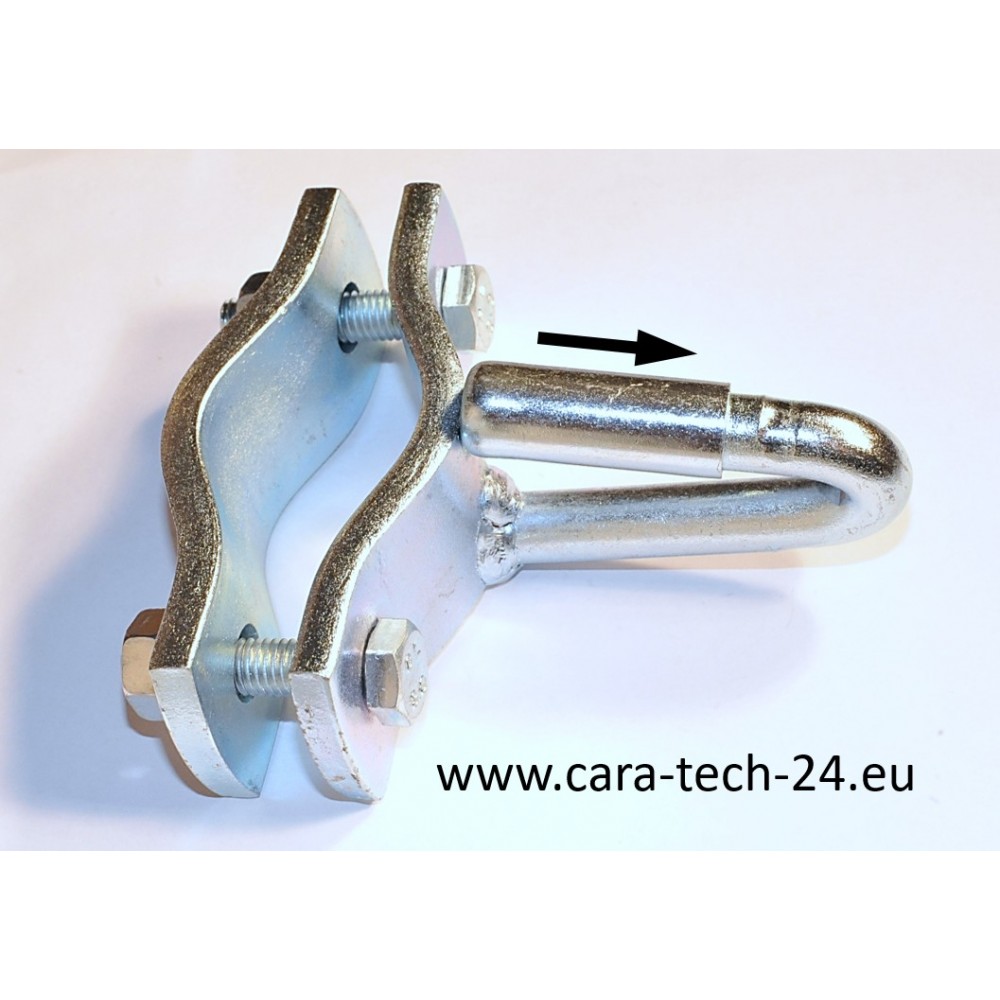 Heavy-duty holder with eyelet for retrofitting to the removable or rigid trailer towing device (ball head bar) for the breakaway rope.

Mandatory in the Netherlands, among other countries.

The safety clip with eyelet is mounted on the towing vehicle's trailer towing device.

Breakaway ropes with carabiner (such as (e.g. Art. No. 01-001-003) can also be attached directly to the eye with the carabiner of the breakaway rope.
In contrast to the open spring hook usually used in series production, a carabiner according to DIN 5299 allows direct latching into the safety clip "eyelet breakaway rope" offered here.

Mandatory in the Netherlands and Switzerland:

For caravans in the Netherlands a so called "losbreekreminrichting" is mandatory.

If there is no eyelet on the vehicle or the spring hook does not fit through, this retrofittable universal safety clamp for breakaway ropes of braked trailers helps.

The legal situation in the Netherlands is clearer and stricter than in the EU directive:

The cable (breakaway rope) or chain must be firmly and directly connected to the towing vehicle via a bracket or eyelet. For this purpose, the vehicle manufacturer must either install its own devices or the owner must retrofit them.
Among campers these devices also carry the flapsy name "Holland-Öse".

According to EU Directive 71/320/EEC, M7, the passage sounds as follows:

2.2.2.9 - The braking systems must be such that the trailer brakes automatically when the coupling device is broken while the trailer is in motion. 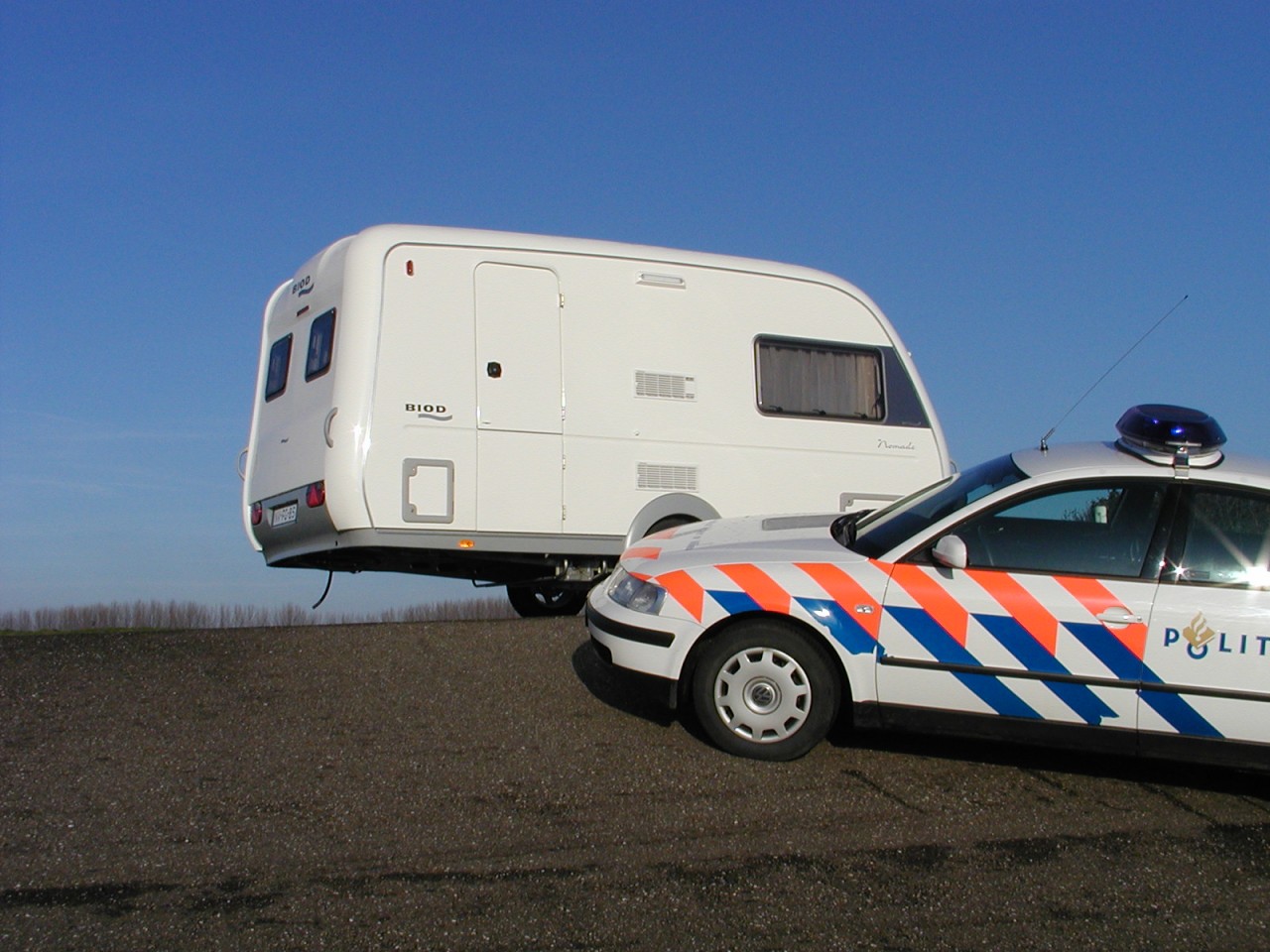 In the opinion of legal experts, including the ADAC, the regulations laid down in the Netherlands and Switzerland do not exceed the requirements of the Vienna Convention and must therefore also be observed by foreign road users. 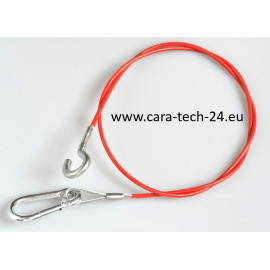 Can be retrofitted to caravans with AL-KO chassis 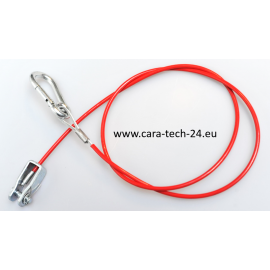 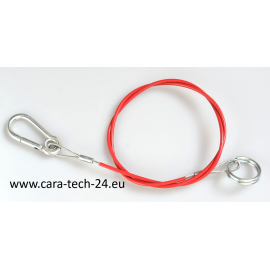 Type-independent due to ring adapter